Abu Dhabi
A record number of 32,938 pupils across the Emirate of Abu Dhabi took part in a series of interactive workshops this winter as an introduction to the fun side of science, technology, engineering and mathematics (STEM) subjects. 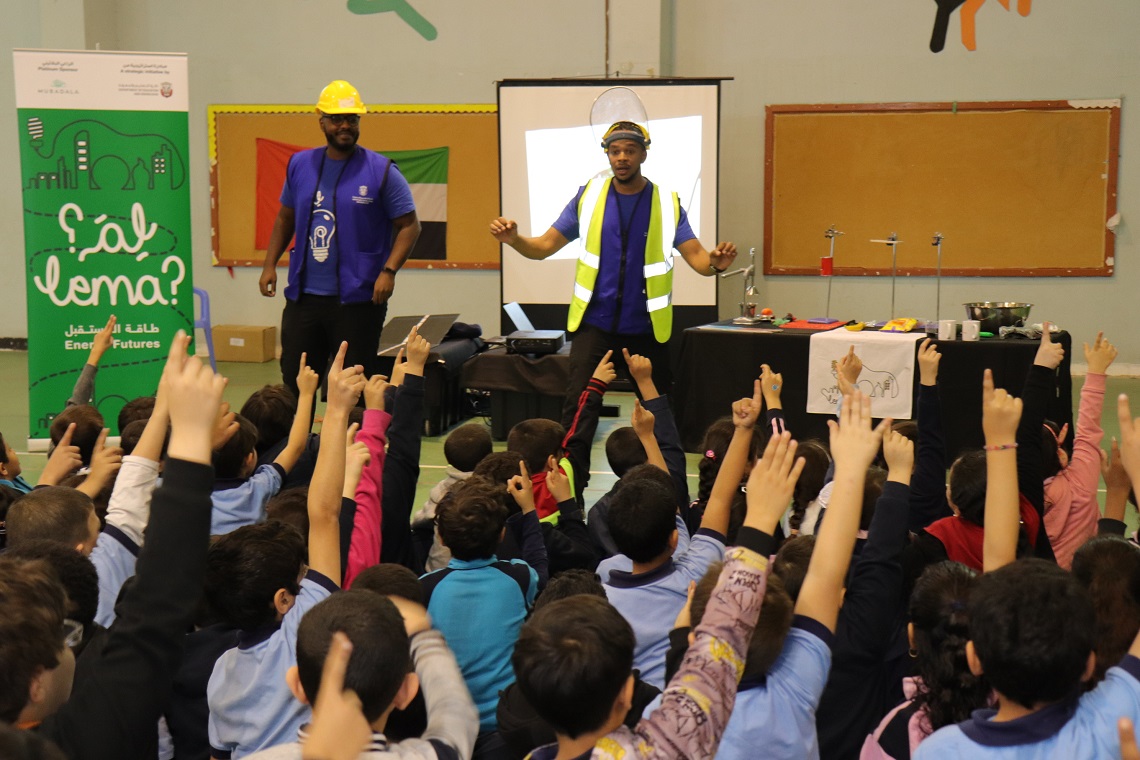 A record number of 32,938 pupils across the Emirate of Abu Dhabi took part in a series of interactive workshops this winter as an introduction to the fun side of science, technology, engineering and mathematics (STEM) subjects.

Between January 20th and March 7th over 66 schools across Abu Dhabi, the Al Ain and Al Dhafra regions took part in the latest ‘lema?’ tour, a programme run by the Abu Dhabi Department of Education and Knowledge (ADEK).

It is a 36 per cent increase on the previous student participation record set during the first trimester of 2018 and nearing 50 per cent of last year’s total participation. The programme brings together teams of expert scientists and educators to introduce young people to the strange, quirky and exciting side of STEM subjects.

This year’s workshop series features the latest addition to lema? – the ‘Crazy Chemistry’ show. The sessions also include fascinating experiments on human biology, space and aviation, ICT and robotics, to nurture the next generation of the Emirate’s scientists, innovators and entrepreneurs.

Lema? is part of ADEK’s quest to establish STEM subjects within the education system and create an innovative and knowledge-based hub in the UAE.

Speaking about the latest participation figures for lema?, Ms. Fatima Al Zaabi, Project Manager at ADEK, said: “STEM subjects are traditionally the subjects that children take on without much enthusiasm. In reality, they can be just as fun and exciting to learn as art and theatre.

“It is imperative that lessons in science, technology, math and engineering learning be encouraging to students, so they purse their scientific interests into their college years. Through the lema? programme, we are supporting schools in Abu Dhabi to take the right steps to make STEM learning more enjoyable.

“The fact that we are setting a record number year after year shows that this approach is working and that the lema? programme continues to go from strength to strength,” concluded Ms. Al Zaabi.

A survey of teachers last year found that 100 per cent of teachers felt that the lema? workshops increased enthusiasm for learning STEM subjects amongst students, with 86 percent stating they were very satisfied and 14 percent were satisfied.

The ‘lema?’ programme has been running since 2012, visiting students from Grades 3 to 7 in public and private schools across the Abu Dhabi, the Al Ain and Al Dhafra regions.

Operated with the support of its Platinum Sponsor, Mubadala Investment Company, lema? - which means ‘why?’ in Arabic – is held over the course of six weeks, three times a year.

Each session is delivered by fully trained science communicators and specially designed versions of the show are run to ensure inclusion of pupils of determination. The next tour will start in January 2019.